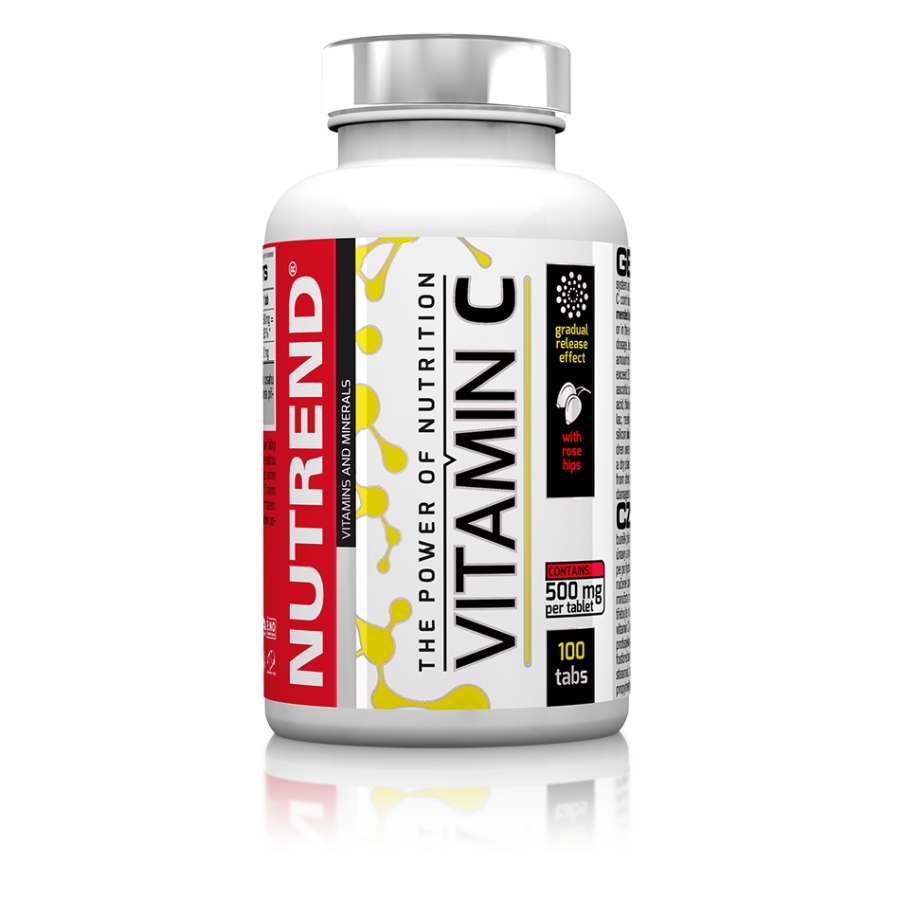 VITAMIN C WITH ROSE HIPS is intended for:

Vitamin C belongs to the water-soluble vitamins, it performs many important functions in the body. It plays an important role in collagen formation, which is important for the body growth and repair of damaged fibrous tissue. Its deficiency can slow the rehabilitation processes during wound and burn healing. It takes part in iron resorption. It has a positive effect on the immunity of the body and boosts its performance also during viral and bacterial infection. Vitamin C also serves as an antioxidant and thus increases the prevention of tumor growth. It is depleted faster during repeated and prolonged stress.
Rose hips contain in addition to vitamin C also other active substances, out of which carotenes and vitamins B are important as well as vitamin P, which is a complex of bioflavonoids whose important part is rutin. In nature, bioflavonoids accompany vitamin C and boost its effect. Vitamin C time-release tablets with rose hips ensure gradual release of vitamin C into the body.

Not suitable for children under 3 years of age! It does not substitute varied food. Keep out of reach of children! It does not contain substances of doping character. Store in a dry place at the temperature below 25 °C out of reach of direct sun radiation. Protect from freeze. Producer is not liable for any damages caused by improper usage or storage.

Wij gebruiken (analytische) cookies om ervoor te zorgen dat we u de beste ervaring op onze website kunnen bieden.
---
We use (analytical) cookies to ensure that we can offer you the best experience on our website.
---
Accepteer / Accept